U.S. AMBASSADOR TO CANADA CALLS FOR CANADIANS’ RELEASE IN CHINA 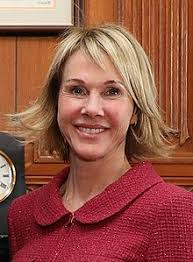 In her first public remarks on the issue, U-S Ambassador to Canada Kelly Craft says the U-S is deeply concerned about China’s unlawful detention of two Canadians.

Michael Kovrig and Michael Spavor were arrested in China in December.

Many believe that it was retaliation for Canada’s arrest of a Chinese telecommunications executive wanted in the U-S on fraud charges.

“We urge China to end all forms of arbitrary and unlawful detentions and to respect the protections and freedoms of all individuals in accordance with China’s international commitments,” Craft said in a statement sent to The Associated Press.

The U-S wants Huawei executive Meng Wanzhou extradited to face charges that she misled banks about the company’s business dealings in Iran.