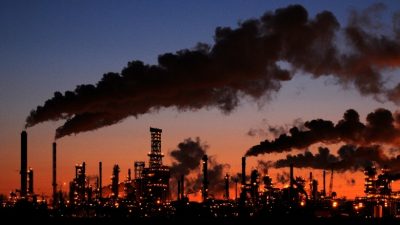 The federal carbon tax is set to take effect on Monday, April 1st.

Provinces that do not have their own carbon-pricing system will be affected including Ontario, Manitoba, Saskatchewan and New Brunswick.

The feds say the carbon tax is necessary to meet Ottawa’s standards for reducing emissions and slowing the effects of climate change.

The Liberal government says the vast majority of the money collected will be returned to Canadians as an income tax rebate.

In Ontario, the average family of four is expected to receive just over $300.

However, gas price experts say the average price at the pumps will likely spike because of the carbon tax.

Dan McTeague of gasbudy.com says we could be looking at an average of $1.35 per litre in the Greater Toronto Area well before the May 24th long weekend.