AMBER ALERT FOR MISSING BOY BELIEVED TO BE WITH HIS MOTHER 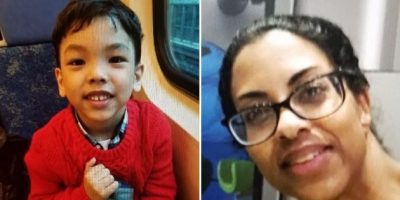 An Amber Alert has been issued for a five-year-old boy last seen in Mississauga. Peel Regional Police say Ethan Montes believed to be with his mother 47-year-old Juliet Mohammed believed to be driving a 2003 grey Toyota Matrix with the licence plate 379 WTM. Ethan was last seen with his mother near The Collegeway and Glen Erin Drive on Wednesday afternoon between 3 p.m. and 4 p.m. The boy’s father reported him missing around 9:30 Thursday morning. Police believe the missing mother may be heading toward London. Police say Mohammed has a pre-existing medical condition that makes her act out of character if not treated.