An author from Oman has won the prestigious Man Booker International Prize for Celestial Bodies. It’s the story of three sisters of a desert country confronting its slave-owning past and a complex modern world. Jokha Alharthi is the first Arabic-language writer to win the award and will split the $50,000 prize with her U.K-based translator. 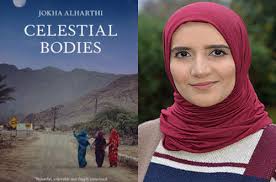 Celestial Bodies beat five other finalists from Europe and South America, including last year’s winner from Poland. The prize is a counterpart to the Man Booker Prize for English-language novels and is open to books in any language that have been translated into English.