MEMBER OF ONE OF NEW ORLEANS' STORIED MUSICAL FAMILIES DIES

Art Neville of the Neville Brothers, and a founding member of the groundbreaking funk band The Meters died at 81. 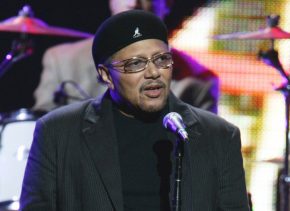 The cause of death wasn’t released but Neville had battled a number of health issues including complications from back surgery. He announced his retirement in December. The Neville brothers spent some of their childhood in a now demolished  housing project in New Orleans. They started singing as kids but then went their separate ways in the 1950s and 1960s. It wasn’t until 1977, that the brothers finally got together again and in 1978 they recorded their first Neville Brothers album.The other members of the Neville Brothers included Charles, Cyril, and Aaron. Charles died in 2018.