TWO-PART DOCUMENTARY ON GEORGE W. BUSH TO AIR NEXT YEAR 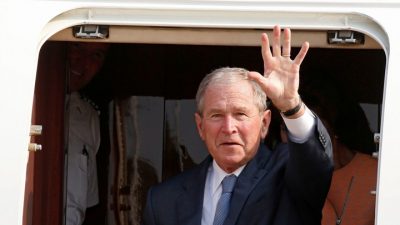 A documentary about the life and political career of former United States President George W. Bush is coming to PBS stations next year.

The two-part documentary “W” set to air next spring, includes interviews with historians, journalists and members of Bush’s inner-circle.

The program will air in the spring of 2020 as part of PBS’ “American Experience” series.

The new documentary looks as the evolution of the 43’s president’s character and how it shaped his presidency.