TWO DEADLY MASS SHOOTINGS WITHIN HOURS OF EACH OTHER IN U.S. 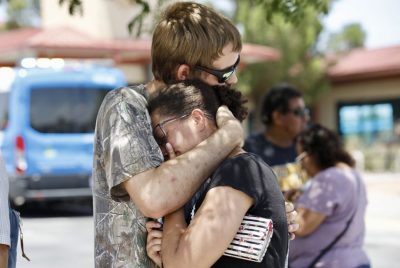 There have been two deadly mass shootings in the United States within hours of each other.

Nine people were gunned down by a lone gunman outside a local bar.  Sixteen people were also wounded.

Investigators say the suspect was shot and killed by police.

20 people were left dead; more than 20 others were wounded.

The shooter in this case, a 21-year-old man, was taken into custody.

Authorities are working to confirm whether a racist, anti-immigrant rant posted online beforehand was written by the suspect.