IT'S BEING CALLED THE "INTERNATIONAL LITERARY EVENT OF THE SEASON"

Margaret Atwood’s long-awaited sequel to 1985’s The Handmaid’s Tale could be the most read and discussed book of the fall. The Testaments doesn’t go on sale until September 10th, but as of last week, it ranked among Amazon’s 50 bestsellers, while Indigo says it’s been one of the year’s biggest pre-orders. 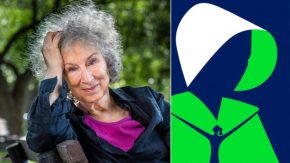 The Testaments set 15 years after The Handmaid’s Tale and is narrated by three female characters. Some book watchers call Atwood’s latest novel the international literary event of the season.  The Canadian literary giant will be at an event in London, England to ring in the book’s midnight launch. The event will be beamed to more than one-thousand screens worldwide, including in Cineplex theatres across Canada. Atwood  then sets off on a book tour that includes 10 Canadian stops from Charlottetown to Victoria. The Handmaid’s Tale has sold more than eight-million English-language copies worldwide. It soared to the top of the bestseller lists in light modern parallels to the dystopian novel’s tale of a totalitarian state that treats women as property.