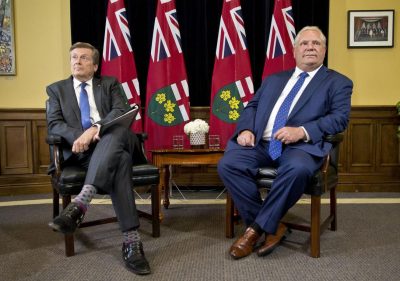 The province has announced that it is giving the City of Toronto $3-million over three years for more CCTV cameras for Toronto Police.

This announcement comes as this city continues to tackle the issue of gun and gang violence.

“This money is in addition to our contribution last week authorizing up to $1.5-million to be used by the Toronto Police Service to put boots on the ground where they’re needed most and to keep our neighbourhoods safe.”said Premier Ford during the joint announcement with Toronto Mayor John Tory.

The money will help Toronto Police increase the number of surveillance cameras they operate to 74.