Prince Harry and Meghan Markle have announced they’re stepping back as senior members of the Royal Family, and will work towards becoming more financially independent. 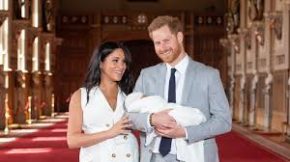 They’ve also revealed plans to split their time between the U-K and North America, and there’s speculation they’ll choose Canada, where they spent the Christmas holidays. On social media, the Duke and Duchess of Sussex revealed that after many months of internal discussions, they’ve chosen this progressive new role. The 35-year-old Harry is sixth in line to the British throne. The royal couple married in 2018 and their son Archie was born in May 2019.