It’s been quite a year for Jann Arden. In addition to being inducted into the Canadian Music Hall of Fame next month, the singer-songwriter has announced a  Canada tour beginning in May. The Calgary chanteuse met with fans to announce the national tour and the release of Hits and Gems, a 12-track greatest hits album. 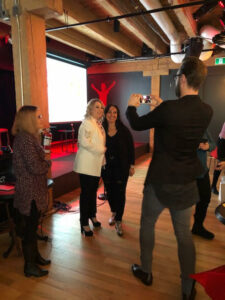 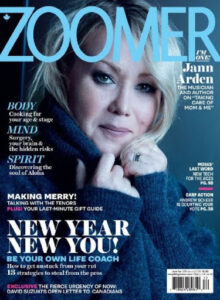 This Zoomer fan favourite has won over many with her signature humour including a story she shared about her parents encouragement when she was young. “Well, we think you’re just as good as Anne Murray!” It’s that humour helping her grieve the death of her Mom over a year ago and says she’s most  proud  of her bestselling book Feeding My Mother about her mother’s Alzheimer’s diagnosis. And what does the soon to be Canadian music hall of fame inductee think about the award? “Honoured, the more I travel this special, free, not-flawed beautiful country we live in, I’m proud to be a little part of it.” Arden is also featured in this month’s issue Zoomer Magazine on newsstands February 10th and online  here

The 19-date cross canada tour begins May 7th and tickets go on sale this Friday.
Listen to a report from Christine Ross here.