ONTARIO TO CLOSE ALL PUBLICLY FUNDED SCHOOLS FOR TWO WEEKS

All Ontario elementary and high schools will be closed for two weeks after March Break because of the COVID-19 pandemic. In a joint statement the premier, health and education ministers say the health and well-being of Ontarians is the government’s number one priority.

Schools will not reopen until Monday April 6th. 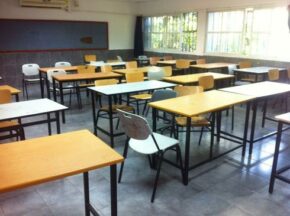 The government says it recognizes the significant impact this will have on families, students, schools and the broader community but that this precaution is necessary to keep people safe. It’s taking this action based on advice from the province’s chief medical officer of health who says those who travel over March Break are asked to keep their children in self-isolation once they’re back. Education Minister Stephen Lecce will not say if the school year will be extended as a result the decision to close schools for two weeks. He adds there are plans in place to ensure learning continues while schools are closed but has not announced how. 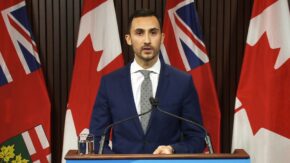 Meantime, in other breaking education news, the Ontario English Catholic Teachers Association has reached a tentative deal with the province and job action will stop.