STAGE AND SCREEN ACTOR DEAD AT 81

Actor Brian Dennehy has died of natural causes. He was 81.

Known for his broad frame, booming voice and ability to play good guys and bad guys, Dennehy appeared in some 40 films including the bartender who consoles Dudley Moore in the move 10. 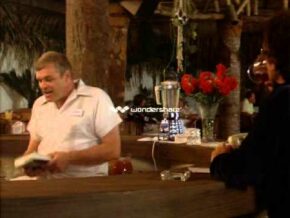 He also played a sheriff who jailed Rambo in First Blood, a serial killer in To Catch a Killer, and a corrupt sheriff in Silverado. He also performed on stage in several plays. Eventually Dennehy wearied of the studio life saying movies used to be fun but those days are gone. Dennehy won two Tony Awards, a Golden Globe and was nominated for six Emmys. He was inducted into the American Theater Hall of Fame in 2010. Reaction is flooding in from Hollywood. Actor Michael McKean said Dennehy was “brilliant and versatile, a powerhouse actor and a very nice man as well.”