MINISTER ADMITS TO REPAYING THOUSANDS TO WE CHARITY

Finance Minister Bill Morneau has told an all party finance committee that he wrote a cheque for more than $4,000 to cover expenses previously paid by WE Charity during trips he and his family took.

The minister also said his wife had given two $50,000 donations to WE. Conservative finance critic Pierre Poilievre accused Morneau of committing an illegal act and asked that he resign. The committee is investigating his government’s decision to give the WE Charity a contract to run a $900-million student-volunteer program. 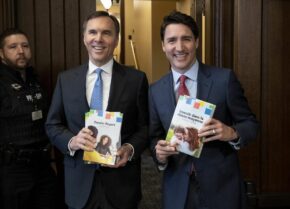 After dodging the questions, the Prime Minister now says he too will appear before the committee, but no date or time has been arranged.