Demand for COVID-19 testing has surged in much of the country in recent days as schools and universities reopened. It also comes at a time when the number of positive cases began to surge raising fears that a second wave may already be here. 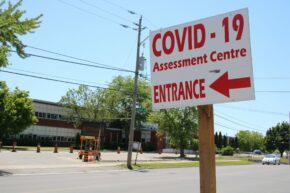 “We’re going to be all over this, so just stay tuned, over the next day or two we’re going to be rolling out announcements for regions that are affected,” said Ford who wants to take the testing burden away off hospitals and testing sites.

Ontario is reporting 251 new cases: 73 in Toronto, 51 Ottawa and 42 in Peel. The premier says he’s met with mayors in those areas about recent spikes and promise his government will be addressing it soon.