Premier Doug Ford says the province is adding more boots to the ground by hiring 3,700 health care professionals as we enter the second wave of COVID-19.
“To recruit, retain and support over 3,700 health care workers and care givers,” said Ford. “Nursesand PSW’s that we can quickly deploy where they’re needed most.
The $53M plan also includes a $5,000 incentive for those who commit to working in long term care for a minimum of 6 months. 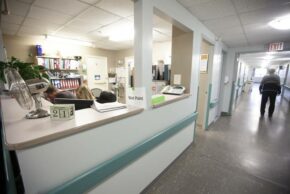 Meantime the Ontario Hospital Association is calling on the government to roll Toronto and Ottawa back to stage two saying the growing number of new cases is a major threat to hospitals.
But Health Minister Christine Elliott says they won’t scale back until they absolutely have to.
“We are taking advice from Dr. Williams and our public health measures table, we don’t want to turn back a stage unless we absolutely have to, but if we do have to, we will,” said Elliott.
The province’s Chief Medical Officer of Healt, Dr. David Williams, says we need to get ahead of the curve now, to manage ICU in hospitals and cases in long term care.