Thousands came out in hot conditions to mourn a family police say were victims of a hate crime. 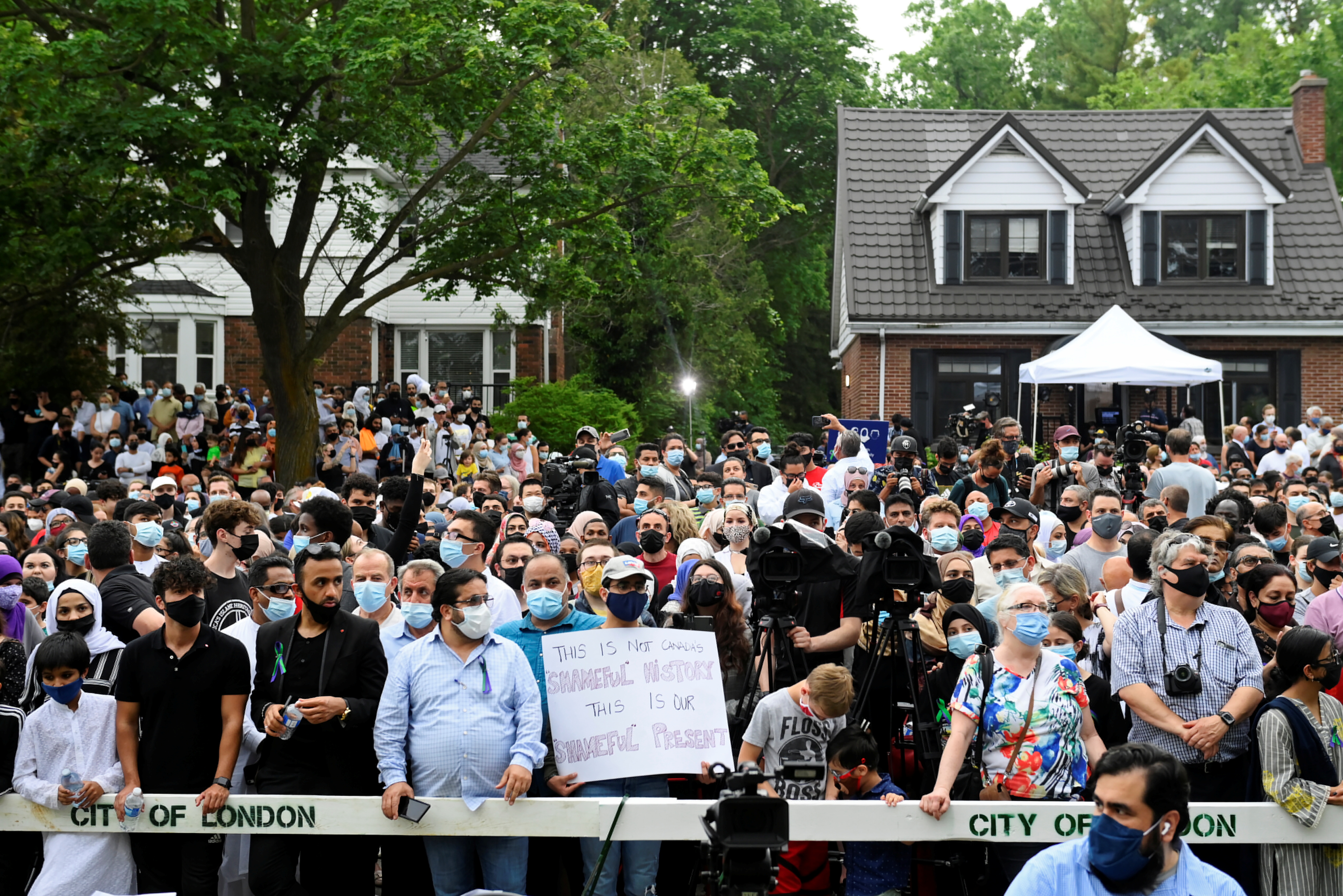 Five members from three generations of the Muslim family were struck by a pickup truck on Sunday evening. Four people died while the fifth, a nine-year-old boy is in hospital with serious injuries.

Relatives have identified the deceased as 46-year-old Salman Afzaal, his 44-year-old wife Madiha Salman, their 15-year-old daughter Yumna Salman and her 74-year-old grandmother, who was not immediately named.

Politicians from all levels of government spoke at the Mosque in London, denouncing the hatred they say led to the attack.

“The light of the people here today–the lives of the Afzaal family, that will always outweigh the dark,” said Prime Minister Justin Trudeau. “Together we will take action. Together we will find our way forward.”

Trudeau, along with other federal party leaders Erin O’Toole, Jagmeet Singh and Annamie Paul all spoke at the event.

Premier Doug Ford spoke on behalf of the province.

“This type of racism and terrorism cannot and will not be tolerated,” said Ford. “We must stand united against it. It must be condemned in the strongest terms.”

A 20-year-old London man was arrested not long after the incident. He faces four counts of first-degree murder and one count of attempted murder.