There’s always next time. The Toronto Blue Jays’ win streak has come to an end at nine games.  The Jays lost their lead in the ninth inning after shortstop Jose Reyes messed up a routine throw to first.  The Kansas City Royals then tacked on two more runs in the tenth to beat the Jays 8-6 at Rogers Centre last night.  Reyes was tough on himself after the loss, “there’s no excuse.  I should’ve made a better throw there…as soon as I let go, I knew it’s not going to be a good throw.  I’m not allowed to make that kind of mistake in that situation.”

Despite the loss, the Jays are in a very good place.  They lead Major League Baseball’s American League East by two and a half games over the New York Yankees.  And Edwin Encarnacion still has a chance to beat the record for most home runs in the month of May.  He had two more last night to bring his total to 16.  That ties Mickey Mantle’s 1956 American League record of 16.  The overall record is held by Barry Bonds at 17 homers in May. 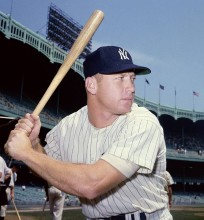 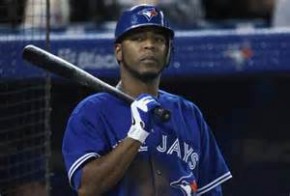 The Blue Jays will be back at Rogers Centre tonight for game 2 of their 4 game series against the Royals.