Two television anchors are leaving their shows, but just one of them by choice. 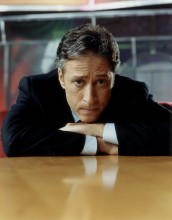 Comedian Jon Stewart has announced he’ll leave Comedy Central’s satirical newscast The Daily Show later this year.  52 year old Stewart has led The Daily Show since 1999.  He has not said what he’ll do next.  Stewart made his directorial debut with the feature film Rosewater which was released last year. 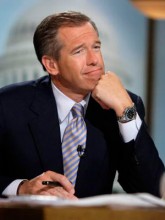 Brian Williams meantime, has been suspended without pay for six months by NBC, after admitting last week that a story he told about coming under fire while on a helicopter during the Iraq war was not true.  The suspension of the 55 year old star anchor comes after he voluntarily took himself off the air and NBC launched an inquiry.  NBC Universal chief executive Steve Burke said in a statement that “Brian has jeopardized the trust millions of Americans place in NBC News.”