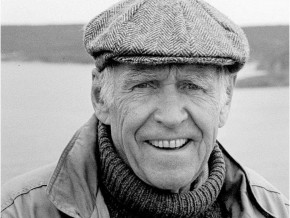 The Canadian director behind the groundbreaking Seven Up! documentary about a group of British children has died at the aged 83.  Paul Almond died Thursday in California of complications from a recent heart attack.  “7 UP”, the 1964 television documentary later gave birth to the ” Up” series, which has followed the children into middle age at seven year intervals.   The film was originally intended as a one-off and Almond returned to Canada where he wrote and directed a trilogy of films on mystical themes which starred his second wife Genevieve Bujold.