GARDINER/DVP SHUT DOWN FOR 12 HOURS THIS WEEKEND, NO SUBWAYS BETWEEN ST CLAIR WEST AND DOWNSVIEW

Getting around Toronto will be a challenge at times over the weekend.

Drivers will not have access to the Gardiner Expressway between Carlaw and the Humber and the entire Don Valley Parkway Sunday from 2am to 2pm. 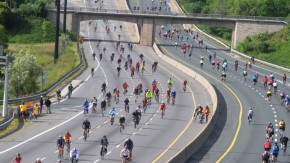 The closures are to accommodate the annual Ride for Heart charity bike event.  You’re advised to use the Lake Shore as an alternative route to the Gardiner.  Leslie, Don Mills and Victoria Park are the city’s recommended alternative routes to the DVP. 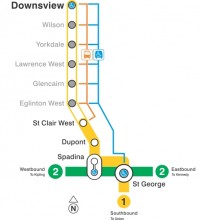 And there is an interuption to TTC subway service this weekend.  There will be no trains running on Line 1, the Yonge University Line, between St. Clair West and Downsview both tomorrow and Sunday. Shuttle buses will run in place.  But buses will not enter Eglinton West Station because of construction.  They will stop at the intersection of Bathurst and Eglinton instead.