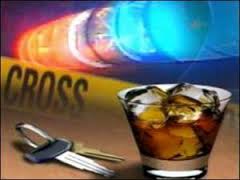 Impaired driving deaths and charges are on the rise and that has the Ontario Provincial Police concerned, especially with the summer holiday party season about to kick off. Impaired driving charges are up 15% so far this month, compared with the same period a year ago.  It’s not just impaired driving deaths that have police concerned it’s also property destruction and the inconvenience impaired driving crashes cause.  Yesterday an alcohol- related crash closed the Gardner Expressway for 4 and a half hours and alcohol is cited as a contributing cause in a number more.  Police are also concerned about distracted driving because deaths attributed to that are expected to eclipse drunk driving fatalities this year for the seventh-straight year.