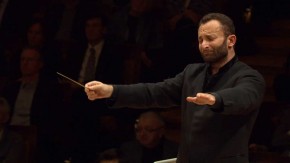 The general music director at the Bavarian State Opera has been elected to be be the Berlin Philharmonic’s next artistic director and chief conductor.  German media reports have named 43 year old Kirill Petrenko, a Russian who emigrated to Austria with his family when he was a teenager, to succeed Briton’s Simon Rattle in 2018.   Speculation about who would succeed Rattle has been a hot topic in Germany and in music circles around the world for months. Six weeks ago, an attempt by the orchestra’s 124 members to elect a new director failed after 11 hours of fruitless voting rounds.  The Berlin Philharmonic, which was founded in 1882, has attracted some of the world’s most famous conductors.