Omar Sharif, the Egyptian born actor, best known for his roles in classic films ‘Lawrence of Arabia’ and ”Doctor Zhivago,” has died of a heart attack.

The 83-year old had been suffering from Alzheimer’s. 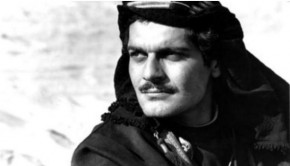 Born Michel Shalhub, he changed his name to Omar al-Sharif and converted to Islam in the mid-1950s.

A star in his own country, Sharif’s big break came when he was cast in the 1962 classic ”Lawrence of Arabia” – his most famous role that won him two Golden Globe awards and an Oscar nomination.

Sharif also starred in ”Funny Girl,” which was Barbra Streisand’s first film in 1968.