MH370 MYSTERY MAY BE SOLVED

The mystery surrounding the disappearance of Malaysia Airlines flight MH-370 may be closer to being solved now that airplane debris has been found off the east coast of Africa. 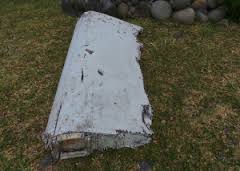 A U.S. official says air safety investigators have a “high degree of confidence” that a photo of the aircraft debris is of a wing component unique to the Boeing 777, the same model as the Malaysia Airlines plane that disappeared last year.  The official says investigators, including a Boeing air safety investigator, have identified the component as a “flaperon” from the trailing edge of a 777 wing.  MH370 is the only 777 known to have crashed in the southern hemisphere.  The Malaysia Airlines jet vanished more than a year ago on a flight from Kuala Lumpur to Beijing.  There were 239 people on board including two Canadians.