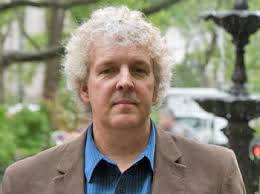 Hamilton has a new four-book deal with G.P. Putnam’s Sons.  His latest book, “The Second Life of Nick Mason”, was originally scheduled for release this fall by the St. Martin’s imprint Minotaur. The book, the debut of a series featuring an ex-convict trying to break from his criminal past, will now come out the middle of next year.  The 54-year old author has won two Edgar Awards; one in 1999 for best first novel, the second in 2011 for the best book overall.