Michael Moore is protesting the “R” rating given to his upcoming documentary “Where to Invade Next.”

The Motion Picture Association of America gave his film an “R” rating for “language, some violent images, drug use and brief graphic nudity.” 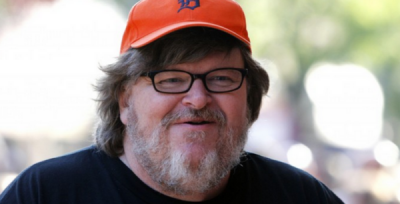 In the documentary Moore travels abroad to gather ideas – he believes would help America.

The filmmaker thinks the MPAA has it in for him – and suggests   the label for his film should read, “This movie contains dangerous ideas that the 99 per cent may find upsetting and lead them to revolt. Teens will be the most agitated when they learn they will soon be $80,000 in debt just by going to school.”

Moore has a history of disputes with the ratings board, going all the way back to his first film, the 1989 R-rated “Roger and Me”