POTENTIAL CANCER BREAKTHROUGH IN THE UK 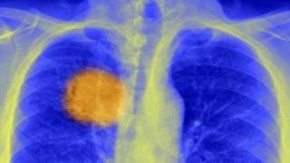 The researchers, at University College in London, have developed a way of finding unique markings within a tumour – its so-called “Achilles heel – which would allow the body to target the disease.

Trying to steer the immune system to kill tumours has been tried before, but cancer vaccines have been largely ineffective.  One explanation is that they were training the body’s own defenses to go after the wrong target.

Now the researchers believe their discovery could form the backbone of new treatments and hope to test it in patients within two years.  They believe by analyzing a patient’s DNA they’ll be able to develop bespoke – or tailor made – treatments.

The research was funded by Cancer Research UK and is reported in the journal “Science.”