The Austrian conductor known as the “Pope” of the Baroque Revival has died at the age of 86. 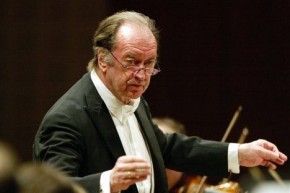 Nikolaus Harnoncourt was best known for using old instruments and original notes to make music performances sound as close to the original as possible.

Harnoncourt had announced his retirement this past December, citing health reasons.  He died peacefully over the weekend in Vienna.