The accolades continue to pour in for Madeleine Thien, whose latest novel is now in the running for a third major book prize; the Governor General’s Literary Award. 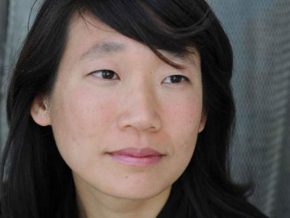 The Vancouver-born, Montreal-based author was announced today as one of the five finalists in the fiction category for Do Not Say We Have Nothing.

Set in China before, during and after the 1989 Tiananmen Square protests, Thien’s novel has emerged as one of the most celebrated titles this season.