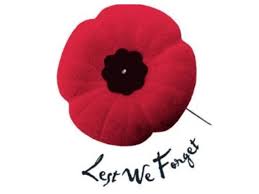 Canadians pay their respects today to those who made the ultimate sacrifice in times of war so that we may remain free.  Ceremonies will take place across the country, many with a moment of silence on the 11th hour of the 11th day of the 11th month – the moment the guns fell silent in 1918 to mark the end of the First World War.

At Queen’s Park, the Canadian Armed Forces will commemorate Remembrance Day on the south lawn with a bugler playing Last Post, a piper playing The Lament and a 21-gun salute after the traditional moment of silence at 11 a.m

Banks, provincial and federal offices as well as Toronto City Hall and post offices are closed.

Schools, tourist attractions, malls and grocery stores remain open. The LCBO and Beer Store will open at noon and the TTC will pause operations for two minutes at 11 a.m.