An extremely rare copy of Sir Isaac Newton’s seminal work in physics and astronomy is expected to sell for upwards of $1.5 million – as the most valuable item in a Christies auction of 400 books and manuscripts.

In the copy of his 1687 treatise, Newton laid out his three laws of motion – the same ones most of us learned in high school physics. 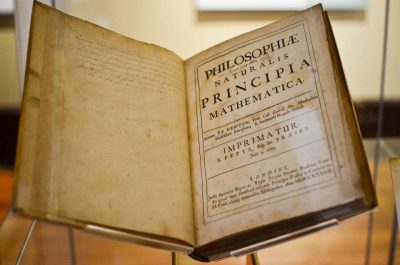 He also presented his theory of gravity: that the forces keeping the planets in orbit and our feet on the ground are the same – and not separate.