RAONIC OUSTED IN QUARTERFINALS OF THE AUSSIE OPEN

Canada’s Milos Raonic has been eliminated from the Australian Open with a straight sets, quarterfinal loss to Spain’s Rafael Nadal. 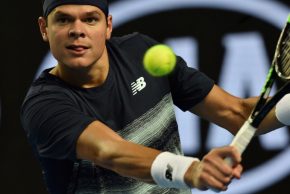 Raonic, who was the highest seed still left in the tournament, was hoping to repeat his best showing down under by reaching the semifinals for a second straight year.

The ninth-seeded Nadal held the advantage heading into the match, having won six of eight previous contests against the third-seed from Thornhill.  But the 26-year old Raonic had won the last meeting between the two, at the quarter-finals of the Brisbane International, three weeks ago.