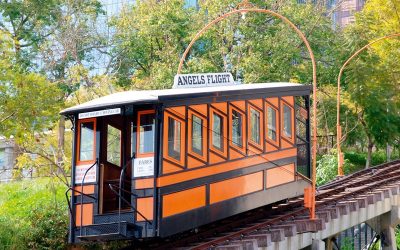 “Angels Flight,” the beloved little railroad in L.A. had its cameo in the hit musical “La La Land” and now – it’s almost ready for its close-up.

The tiny funicular that hauled people almost 300 feet up and down the city’s steep “Bunker Hill” was shut down in 2013 – after a series of safety problems.

But Mayor Eric Garcetti says those issues are being resolved – and the little railroad’s antique wooden cars should be back in service by Labor Day.

“Angels Flight” opened on New Year’s Eve 1901 – offering rides for a penny – to people travelling up and down the hill from their Victorian mansions.

It’s been closed to the public in recent years – but it made a prominent appearance in “La La Land” – when Emma Stone and Ryan Gosling took a ride on it.