JURY SELECTION IN COSBY CASE SET FOR LATE MAY 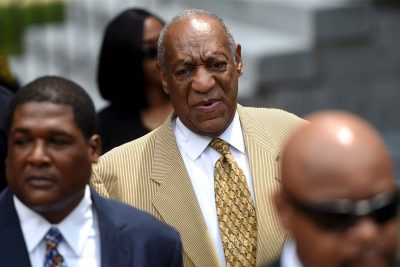 Selection of jury members in Bill Cosby’s criminal sex assault case is set to begin on May 22nd – in Pittsburgh.

But the trial will be held some distance away – in suburban Philadelphia.

Opening statements are due to start June 5th.

The jury will be sequestered nearly 300 miles from home – for a trial that could go on for two weeks.

The 79-year-old Cosby is charged with drugging and molesting a former Temple University employee in 2004 – and remains free on $1 million bail.

The judge plans to summon a large group of potential jurors for questioning – as the lawyers search for a dozen jurors and six alternates.

The defence is concerned that widespread publicity about the case could make it difficult to find unbiased jurors.