Filmmaker and activist Michael Moore is heading to Broadway.

The Academy Award-winning director of Bowling for Columbine will perform his one-man show The Terms of My Surrender at the Belsaco Theatre – for 12 weeks starting July 28th. 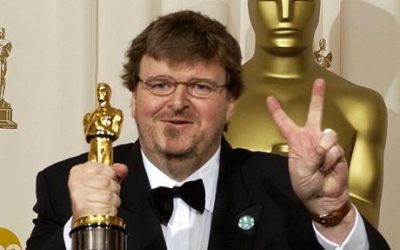 Moore promises that his show will be very topical – with his trade-mark subversive tone – and not all of it will be scripted.
The production may also have guest appearances.
Not all of Terms will be an extended rant against U.S. president Donald Trump though – and Moore calls it a “comedy shiv” pointed at the White House – being performed only a few blocks from Trump Tower.