At the age of 95, Prince Philip is about to retire. 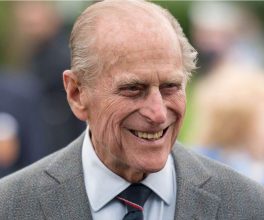 The husband of Queen Elizabeth the Second will stop carrying out public engagements this Fall.

A statement from Buckingham Palace also says the Prince has the full support of the Queen in his decision. The Duke of Edinburgh will continue heading up numerous charitable organizations, but will not play an active role in attending engagements.

Earlier in the day, a report by Britain’s Daily Mail of an unusual meeting of royal household staff sparked a worldwide wave of speculation about the health of the Queen and Philip.

The royal couple appeared to be in good health on Wednesday. The 91 year old Queen met with British Prime Minister Theresa May at the palace and Prince Philip made an appearance at a London cricket club.