WETTLAUFER BACK IN WOODSTOCK COURT

After waiving her right to a preliminary hearing, the case of the Woodstock nurse accused of killing eight nursing home residents is back to court today. 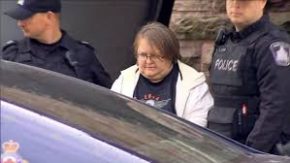 Elizabeth Wettlaufer is expected to appear in a Woodstock court via video link from the Vanier Centre for Women in Milton. Her lawyers, the Crown and the judge will be going over evidence.

The 49-year old faces a total of 14 charges, including the eight first degree murder counts as well as four counts of attempted murder and two counts of aggravated assault.

Police believe the crimes took place over the past decade in three Ontario long-term care facilities where Wettlaufer worked as a registered nurse as well as a private home.