ALL CANADIAN LINE UP FOR THE NATION'S 150TH BIRTHDAY

If it’s home grown talent you’re after, Canada Day weekend in Ottawa will feature nothing but as we celebrate the country’s 150th birthday.

Heritage Minister Melanie Joly has announced a series of events being staged from June 30 to July 2 to mark the sesquicentennial in the nation’s capital. 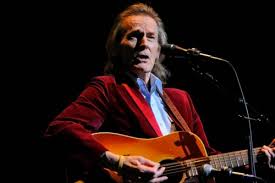