UNPRECEDENTED SECURITY PLANNED FOR CANADA 150 IN MIDST OF ISIS THREATS

There will be unprecedented security for Ottawa’s Canada 150 bash on Saturday. 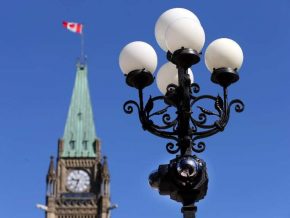 A CTV News report details a national security memo which warns that ISIS has explicitly named Canada and the United States as potential targets after the Manchester terror attack in May. According to the memo, ISIS has warned Muslims to avoid markets and public gatherings in Canada and threatened to use explosives, vehicles and beheadings to kill crusaders. The report also says there are no specific or credible Canada Day plots on the radar, but Chuck Benoit of Ottawa Police says heightened security will be obvious.

“You’re going to see officers with carbines and long guns in the area, and it’s not to scare anybody but it is a precaution that we have to have,” Benoit explained.

Concrete blocks and dump trucks will be installed around the party on parliament hill to stop any attempted attacks by vehicles.

Streets surrounding Parliament are shut down days earlier than usual to start the safety preparations. Boosted security measures have been extended to cities across the country, which are also ramping up road closures and bolstering police presence at the celebrations.