Canadian auto sales hit a record in July – continuing what has been a banner year for the industry. 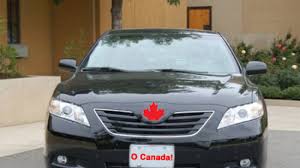 July is the third record-setting month in a row, and sixth for the year.

The numbers are in sharp contrast to the U.S. – where sales have declined for five months in a row in year-over-year comparisons.