A rare painting from the University of Arizona Museum of Art has been recovered from New Mexico – more than 30 years after thieves first made off with it. 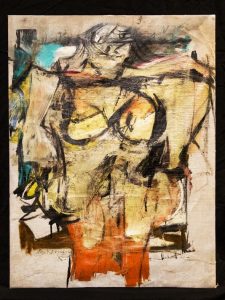 A museum spokesperson says an antique dealer in New Mexico recently bought  the Willem de Kooning “Woman-Ochre” painting at an estate sale – and later realized that it could be the stolen work – so he contacted the museum.

Officials say a man and a woman stole the painting in the autumn of 1985.

Police say the pair were the only visitors at the museum – when the woman distracted a security officer by making small-talk.

The man cut the painting out of the frame – and then quickly left the building with his partner.