NATALIE COLE'S ONLY CHILD DIES OF HEART FAILURE AT 39

The only child of the late Natalie Cole has died, 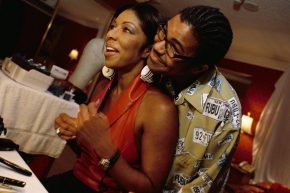 Robert Yancy was only 39. He died in Los Angeles.

His aunt says it appears he succumbed to a sudden heart attack, but the county coroner’s office says an autopsy is planned.

Yancy will be laid to rest with his mother and his grandfather, crooner Nat King Cole, at Forest Lawn Memorial Park in Glendale, California.