The the playwright best known for the Tony Award-winning play about and called “The Elephant Man” has died.  His longtime agent confirmed yesterday that Bernard Pomerance succumbed to cancer over the weekend at his home in New Mexico.

Some of the acting world’s biggest names took on the lead role including the legendary John Hurt in the 1980 movie of the same name.. 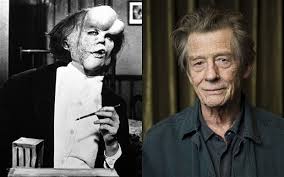 “The Elephant Man” was based on a true story that examined the the life of John Merrick who despite being extremely disfigured became a celebrity in Victorian England.

Pomerance also wrote “Quantrill in Lawrence” and “Melons,” produced at the Royal Shakespeare Company in 1984.