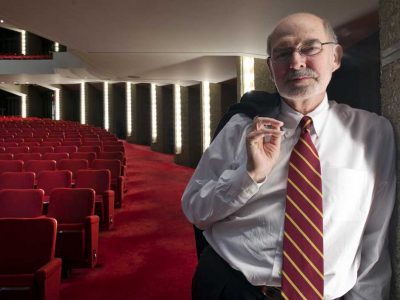 Peter Herrndorf will be stepping down as head of the National Arts Centre – after leading Canada’s largest performing arts organization for 18 years.

He’ll be leaving next June and is credited with transforming the NAC through national and international performing arts projects – and with a federally supported $225-million architectural and production renewal project – which is designed to transform the NAC’s location into a more inviting space – with expansive views of the nation’s capital – including major upgrades to the building’s performance halls and production facilities.

Herrndorf recently announced that the NAC will open a new Department of Indigenous Theatre – to mark the centre’s 50th Anniversary in 2019. The department will be led by Indigenous actor and playwright Kevin Loring.

Herrndorf took over as NAC’s president and CEO in 1999, following a career in broadcasting, magazine publishing and the performing arts.