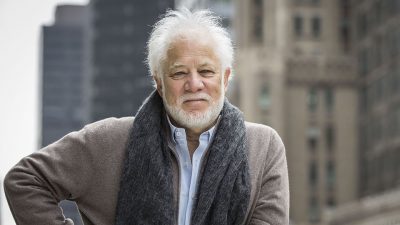 Michael Ondaatje – the Canadian author who penned the acclaimed novel The English Patient – will revisit the Second World War in his upcoming book.

McClelland & Stewart says Warlight will be released next May – telling a story set in London in 1945 of two young siblings who’ve been separated from their parents – in the aftermath of the German bombings.

Warlight is Ondaatje’s first work of fiction since the 2011 release of The Cat’s Table –  which was shortlisted for the Scotiabank Giller Prize.

The Sri Lankan-born, Toronto-based author’s other books include In the Skin of a Lion and Anil’s Ghost – which won the Giller Prize.