Retired Senator and Metis activist Thelma Chalifoux has died at the age of 88. 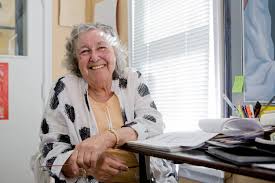 Chalifoux was appointed to the upper chamber in 1997 and served until she retired at age 75 in 2004.  During her time in the Red Chamber, she appointed a task force to consult with Edmonton’s Indigenous community about violent Indigenous youth gangs, and argued for better education and partnerships between the community, police and other Canadians.  After leaving the Senate Chalifoux founded an organization to preserve and protect the Metis history in northern Alberta.

In the 60’s she worked with the Company of Young Canadians and began fighting for better conditions for her people, especially better housing.  Along the way, she became one of the first Indigenous women to broadcast on private radio in Canada.

She received a National Aboriginal Achievement Award in 1994.