Commuters who use both GO Transit and the TTC are about to save hundreds of dollars a year. 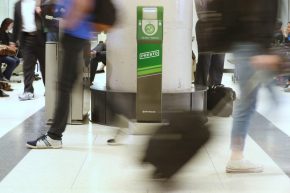 A Toronto Star report this morning says commuters who transfer between GO Transit and the TTC are about to get a break of $1.50 a ride.

The governing Liberals at Queen’s Park have agreed to subsidize a co-fare agreement that will let riders who use both systems on a single trip avoid paying two full price fares.

Instead, adult passengers on GO Transit and the Union Pearson Express who transfer to the TTC will pay a half price TTC fare of $1.50. Going the other way, riders switching from the TTC to GO Transit or the UP Express will receive a discount of $1.50 on their fares.

But the discounts will only apply to riders who pay using the Presto fare card. For average commuters, it could mean a savings of $720 a year.