Prime Minister Justin Trudeau is acknowledging that the North American Free Trade Agreement – could be in trouble.

Trudeau wrapped up his visit to Washington by saying that while he continues to believe in NAFTA – the federal Liberal government is “ready for anything.” 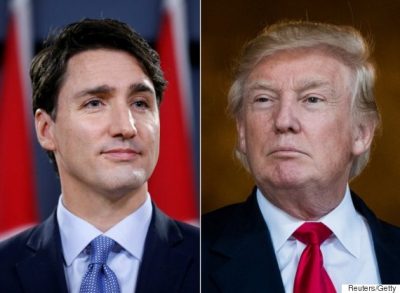 This was after U.S. President Donald Trump hinted at the possibility of a free trade deal directly with Canada – if ongoing NAFTA talks should disintegrate.

But Trump also said it’s too early to give up on the talks – which resumed today in Alexandria, Virginia – with negotiators from Canada, the U.S. and Mexico.

Trudeau says Canada remains focused on the NAFTA talks – and he’s convinced that all three parties could come out of the negotiations as a winner.