Canadian scientists have developed a model to predict lung cancer in early stages when the disease has a greater potential to be curable.

The Pan Can Model, developed by health researchers across the country, looked at more than 25-hundred current and former smokers between the ages of 50 and 75 in eight cities who had a minimum two per cent risk of developing lung cancer within six years. 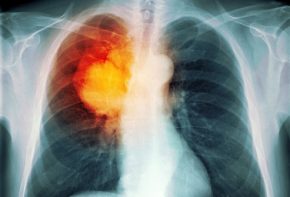 They were tested with a low-dose CT scan at the onset of the study, and then at the one and four year marks.

The screenings resulted in 6.5 percent of the participants being diagnosed with lung cancer, a higher rate than the four per cent of cases caught through the U-S model using different parameters.

Close to 80 per cent of the Canadians diagnosed were also caught in very early stages, compared with fewer than 60 per cent of cases in the U.S. trial.

The study, funded by the Terry Fox Research Institute and Canadian Partnership Against Cancer, is published in the journal The Lancet Oncology.